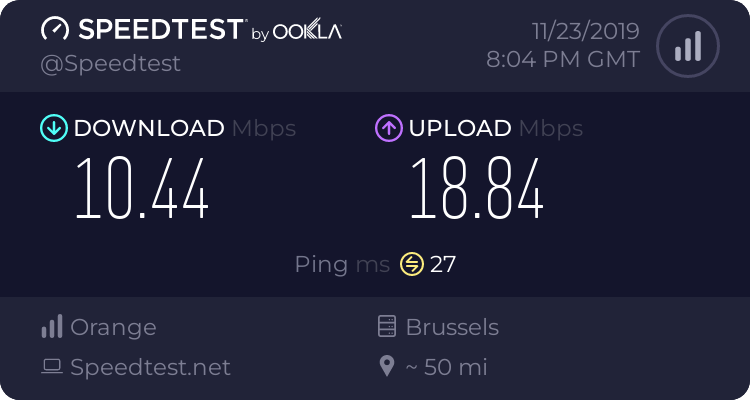 Hi!
I need help. I upgraded my flash on a scarlet box to FAST3464_60A040.img.secure.bin from the web menu. The box did not reboot. I reboot it manually and now all the leds are green but I can not connect to the box anymore. I tried to reset the box. The box leds flashed a few times and then all shut off. What went wrong? What can I do? Thanks for your help in advance!

Not surprised ... I guess your Box is dead

That is the risk you take by flashing your modem

In normal circumstances, there is absolutely no reason why people want to update firmware’s on the modem, this is done automatically by the ISP when needed.

Unless you know what you do, and you are aware of the risks, and you have no problem taking the risk and ending up with a dead modem, you should stay away of such experiments.

Thanks for your feedback. What dead means? I believe there is a way to reflash the box like any router right? I wanted to enable the box with WPA2. The sagem is with Scarlet not with Belgacom. How can I do now?
Omhoog

You can reflash the firmware using serial or JTAG. There are some instructions here: http://www.zoobab.com/bbox2
Omhoog

Send me all your bricked BBOXes for free

Petervanakelyen schreef:You can reflash the firmware using serial or JTAG. There are some instructions here: http://www.zoobab.com/bbox2

Many thanks. Serial sounds good. I used to flash Cisco routers in the past over serial. Can I connect the RX TX GND directly to serial or I need a converter to USB? Once connected over serial, I presume that it loads the image over tftp right? Got some hopes.
Omhoog

for that I recommend you to buy a cheap MAX232 IC or equivalent, what you need is in the datasheet.
4 capacitors, and of course the connectors and a power supply.
I think it's by usb memory stick

Petervanakelyen schreef:You can reflash the firmware using serial or JTAG. There are some instructions here: http://www.zoobab.com/bbox2

Many thanks. Serial sounds good. I used to flash Cisco routers in the past over serial. Can I connect the RX TX GND directly to serial or I need a converter to USB? Once connected over serial, I presume that it loads the image over tftp right? Got some hopes.

As you can see in this picture, it seems to be neccessary to use an USB converter. You can make one yourself using a MAX232 as honda4life suggests. Flashing the firmware is probably done over TFTP as you already presumed.

This pinout is different than the table so be careful

I think you copy your files to a temp directory from usb drive (formatted as ext because of linux kernel), and flash it then.

I think you copy your files to a temp directory from usb drive (formatted as ext because of linux kernel), and flash it then.

I don't think so. Shouldn't be there some flash memory on the USB converter board in that case? Most of the time you just use HyperTerminal/any of the linux serial consoles to start a TFTP client that loads up the configuration from the TFTP server in the network.
Omhoog

Recently I've tried to flash the BGC fw and "bricked" the sagem, it seemed that my sagem doesn't like 60A042. After a bit fiddling I found out that one can recover from a bad flash w/o resorting to JTAG as long as you have a good recovery image.

how this works? Booting in recovery mode and samgem will get an IP from dhcp server then do a netboot/etherboot and download the image from tftp server, then you can access the web/telnet interface again then reflash with a good image, that's it.

Sir xming, thank you for your post, you are my hero.

I had the 6OS105-6OS005 and flashed to 6OS105_60A046, and allthough there were no apparent interruptions during the process, it broke the sagem box (all leds green, can't connect to it).

Luckily I had a copy of xming's instructions, a dhcp deamon, a tftp deamon and wireshark preinstalled for exactly this reason.

For me, after the recovery boot, the sagem modem looked for a "0305A8C0.img" in the tftp root folder at ip 192.168.5.2, and when everything was configured correctly I could see it download that file and sure enough it came to life again, sort of.

1) I tried flashing 6OS105-6OS005 again to undo my mistake, strangely enough that broke it again immediately.
2) I tried FAST3464_60R10A.img.secure.res, a recovery firmware, which made the modem available again at 192.168.1.1 and the dhcpd works but apparently this firmware doesn't give you a functional modem, The webinterface only shows a recovery page saying it is waiting for functional firmware, which I assume will automatically arrive on a belgacom line, but no such luck. (Should probably have downloaded the 60R109 recovery firmware Dean3009 suggested).
3) Since those were the only 3 firmware's I had, I flashed 6OS105_60A046 again, which actually worked while it was on, but broke again after the first reboot.
4) I tried reflashing 6OS105_60A046 again, didn't even start.
5) I went back to the recovery firmware, then back to 6OS105_60A046, logged in and did a reset to factory defaults, reconfigured everything and now everything seems to work, even after a reboot.

I can't say what exactly made work, but it does. There seems to be some version upgrades that work and some that don't.

In conclusion:
1) Messing with the firmware is not for the faint of hearted, don't.
2) If you are to go through with it, make certain you understand what xming did to recover his box and be prepared to do the same. (for example by using his method to do the upgrade in the first place)
3) Plainly flashing to the latest belgacom firmware 6OS105_60A046 at the time of this writing seems a bad idea.

But no guarantees this will work or you need all the steps. Again be prepared to follow xming's instructions, or don't.

On the upside, running the latest belgacom firmware on a sagem box does work, the tr98 process is no longer the terrible resource hog. Can't tell yet if it improved stability.
Omhoog

I am glad that it helped you.